The European Karabakh rally dated to the 28th anniversary of the Khojaly genocide has kicked off on the Paris Square at Brandenburg Gate, Germany.

Initiated by Azerbaijani diaspora organizations based in nearly 30 countries, the action has been organized by the Alliance of Azerbaijanis in Germany.

The participants chant, “Karabakh belongs to Azerbaijan,” “We say NO to terrorism,” and “Azerbaijan demands justice!” “Do not remain indifferent to Khojaly,” “Shame on killers of peaceful and innocent people,” “Stop Occupation.”

They urge the international community to give a legal and political assessment of the genocide committed by Armenians in Khojaly 28 years ago and to exert pressure on Armenians for them to withdraw from the occupied Azerbaijani lands.

During the rally, the participants distribute brochures reflecting the bitter consequences of the Armenian-Azerbaijani Nagorno-Karabakh conflict and the material and moral damage sustained by Azerbaijan as a result of Armenia’s aggressive policy among residents and tourists.

The action may involve over a thousand of our fellow citizens. The participants will adopt a final document at the end of the European-Karabakh rally and submit it to several international organizations.

UK does not recognise elections’ in Nagorno-Karabakh

President of Turkmenistan to visit Azerbaijan

UK does not recognise elections’ in Nagorno-Karabakh

President of Turkmenistan to visit Azerbaijan 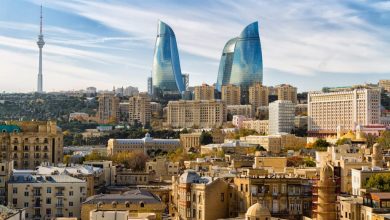 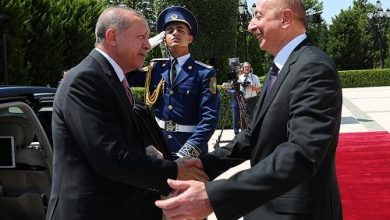