Turkey has targeted a Syrian Air Force plane during its operation against terrorist militants in Idlib province, SANA has reported, citing a correspondent. No details were made immediately available about the fate of the aircraft or its pilot(s).

Shortly after, the official Twitter account of the Turkish Defence Ministry tweeted that an L-39 fighter had been downed by Turkish forces over Idlib during the ongoing ‘Operation Spring Shield’.

Turkish media reported that the plane was downed by a Turkish F-16 jet. It’s not clear whether the aircraft had to violate Syria’s airspace to fire on the Syrian plane.

The Syrian Arab Air Force is known to operate a number of armed L-39 light attack aircraft, with the twin-seater Czechoslovakian-made jets traditionally used as trainer aircraft. Syria has used these aircraft extensively against jihadist militants since 2012. In 2018, Flightglobal Insight estimated that the Syrian Air Force had 63 of the planes in its inventory. 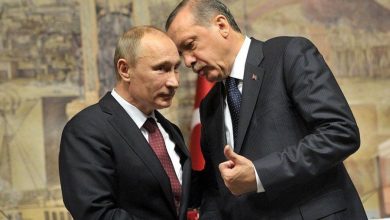