President Trump’s strategy to confront Iran is easy to understand: impose maximum pressure to gain maximum leverage ahead of negotiations to dismantle its nuclear program and address its malign activities — all while avoiding a military entanglement or pursuing a policy of regime change.

Iran’s leaders, for their part, recognize that Mr. Trump’s strategy has already sent their economy into a tailspin and could bring down their regime if sanctions are not soon lifted. The recent regime-perpetrated murder of about 1,500 Iranian protesters demonstrating against the government’s austerity policy revealed a destabilized Islamic Republic increasingly afraid of its repressed citizens.

The Iranian regime doesn’t need to trust America or Mr. Trump to strike a deal; it just needs to act as a rational actor to avoid collapse. Unlike the 2015 Iran deal, which was a fragile nonbinding political agreement subject to the ebb and flow of American politics, Trump could offer to submit a binding treaty to the Senate for ratification.

Tehran’s conventional options are limited because it cannot win a direct military confrontation with the United States. So instead the regime pursues headline-grabbing provocations to foment political debate in open democracies — in Europe and the United States — while avoiding direct military retaliation. The list of Iranian provocations over the past year includes the downing of an American drone, mine attacks on ships in the Strait of Hormuz and a cruise missile strike on Saudi oil facilities. On the nuclear front, Iran’s slow but steady effort to shrink its breakout timeline raises alarm bells in Western capitals without provoking an American or Israeli military strike on its nuclear facilities.

Each of these escalation points appear designed to bait Mr. Trump into reinforcing the false narrative that there are only two choices when it comes to Iran: war, or a return to the flawed 2015 nuclear deal. If Iran could make war seem imminent, so the thought goes, it might indirectly force Mr. Trump into relieving sanctions (assuring the regime’s survival), perhaps even without entering direct negotiations.

To his credit, President Trump recognized those traps for what they were and exercised strategic patience. Indeed, Mr. Trump could have responded to each provocation with a proportional military response. After a day of flag waving, the national mood might well have shifted against Mr. Trump, forcing him to offer sanctions relief prematurely without achieving any long-term national security objectives.

This may indeed have been what Qassim Suleimani thought he would achieve following the killing of an American contractor and an attack on the United States embassy in Iraq. Instead, Mr. Trump surprised Iran by striking its top terror strategist, and then surprised it once again by responding to Iran’s ballistic missile retaliation with a return to strategic patience. Mr. Trump emerges from the past few weeks in a stronger position. The maximum pressure campaign remains fully intact with political space to increase the sanctions pressure even further. Iran faces a backlash at home and abroad after its downing of a Ukrainian passenger jet. Mr. Trump’s critics who warned that his policies would spark a third world war now seem to have gotten ahead of themselves.

Many wrongly believe the United States has already reached full “maximum pressure” on Iran. In truth, several critical pressure points remain untapped. The administration this month rolled out fresh sanctions targeting Iran’s construction, mining and manufacturing sectors, along with the first step in a crackdown on violators of American sanctions on Iranian metals and petrochemicals. Sanctions targeting Iranian state shipping lines are set to take effect in June and could be expedited for more immediate impact.

Another potential target: Iran’s financial sector in its entirety. In 2018, Senator Ted Cruz of Texas, and Representative Mike Gallagher of Wisconsin, proposed legislation imposing sanctions on Iran’s financial sector, which the United States recently determined to be a “primary jurisdiction of money-laundering concern.” The effect could be destabilizing, immediately cutting off all non-sanctioned banks inside Iran from international commerce, forcing their disconnection from the global financial messaging system known as SWIFT and rendering all remaining foreign exchange reserves held outside Iran inaccessible for any purpose.

Additional steps could be taken to deprive Iran of the strategic benefits still enjoyed under the nuclear deal and related United Nations Security Council resolution — particularly, the scheduled lifting of key restrictions on its nuclear program, missile development and conventional arms transfers. Iran’s recent expansion of uranium enrichment coupled with its consistently violent behavior provides the United States and Europe with ample pretext to trigger the deal’s “snapback” clause, which would restore prior Security Council resolutions on Iran and eliminate a key disincentive to an Iranian decision to negotiate. The United Kingdom, France and Germany — the Iran deal’s European contingent — recently initiated the process to do just that.

To be sure, it’s possible that Iran’s supreme leader will never authorize direct negotiations with the United States, even in the face of his regime’s imminent economic collapse and international political isolation. But if Mr. Trump can succeed in achieving true maximum pressure and restoring international restrictions on Iran, a phone call from Tehran agreeing to negotiate without preconditions could likely follow.

At least 21 dead, more than 1032 injured in Turkey earthquake 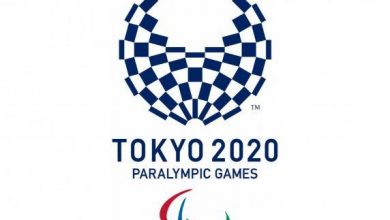 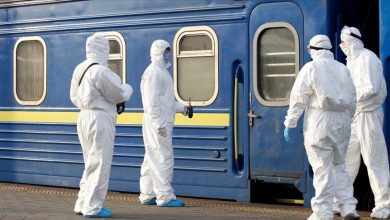