The US has targeted an Iranian company allegedly involved in shipping drones to Russia. It is part of an increasing spotlight on Iran’s drone threat.

The US sanctioned the Tehran-based Safiran Airport Services and a number of alleged UAV producers. At the same time Iran carried out ground forces drills this week and Iranian commanders have bragged about Iran’s advanced in the use of drones.

This means that Iran is openly saying it has new drone capabilities even as the US it targeting Iranian transport and manufacturing linked to the UAV programs. Can an MBA Double Your Salary Potential? Research Says YesSponsored by mba.com The US Department of Treasury’s Office of Foreign Assets Control (OFAC) said it “is designating an air transportation service provider for its involvement in the shipment of Iranian Unmanned Aerial Vehicles (UAVs) to Russia for its war against Ukraine. Additionally, OFAC is designating three companies and one individual involved in the research, development, production, and procurement of Iranian UAVs and UAV components, including the Shahed series of drones, for Iran’s Islamic Revolutionary Guard Corps (IRGC) and its Aerospace Force (IRGC ASF) and Navy.”

IN addition the US targeted Design and Manufacturing of Aircraft Engines (DAMA), which is is an Iranian company “that was involved in the research, development, and production of the Iranian Shahed-171 UAV program, which is owned by the IRGC ASF.”

DAMA is a front company of Iran’s Aircraft Manufacturing Industries (HESA), the report says. The US also spotlighted Baharestan Kish Company which “has overseen various defense-related projects, which included the manufacturing of UAVs. As of 2021, the company was working on Shahed UAV components.”

Iran’s Major General Gholam Ali Rashid said in a speech this week that Iran has made major achievements in defense technology. “We can confidently say that the ground forces of the Islamic Republic of Iran are a powerful, well-equipped, orderly, coherent, and ready force,” he said.

According to Tasnim News the Iranian commander said that recent ground forces drills revealed Iran’s capabilities in the areas of drones, armor, logistics, electronic warfar, aviation, engineering, telecommunication and mechanization, and other elements.

“Major General Rashid emphasized that Islamic Iran is undoubtedly among the top 3 countries in the world’s drone power, and said: Focusing on the drone field should not prevent us from operational planning and progress in the field of ground warfare. Because the powerful ground force forms the foundation of the armed forces against threats,” Tasnim said.

Iran’s recent ground force drills were aimed at showing off its capabilities. Iranian government media also pointed fingers at potential enemies, such as the Gulf states and Iran has warned against any country that might provoke it into conflict.

This is the usual bragging, but it is interesting that Iran is waving a kind of red flag at the US after the drone sanctions.

Iran is basically bragging about its drone program as the US is sanctioning that very program. 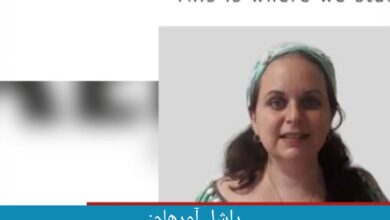