The Association for the Defence of Azerbaijani Political Prisoners in Iran (ADAPP) strenuously condemns the brutal crackdown against Azerbaijani protesters and other protesters in the streets of Iran. We call on the United Nations to urgently take the necessary steps to implement significant and consequential sanctions against the Islamic Republic of Iran for abusing human rights and their ongoing violence against peaceful protesters.

We are pleading that the international community takes meaningful actions in condemning the IRGC’s horrific policies and actions, such as cutting diplomatic relations and financial support and ties with Iran and designating the IRGC, which had a primary and essential role in attacking protesters in the Azerbaijani region of Iran, as a globally recognized terrorist organization. These actions will significantly impact the IRGC members’ ability to continue their brutal actions against Azerbaijanis and all protesters in Iran.

Following the death of MahsaJinaAmini on September 16, 2022, anti-government protests erupted in all parts of Iran, and Azerbaijani Turks in Iran have played an essential role in this nationwide movement has also garnered massive global support. The government’s reaction to these peaceful protests is one of continuing violent suppression, including the use of chemical deterrents, imprisonment without representation, significant injuries, and death. The Iranian regime used shotguns and live ammunition to suppress these protests in Azerbaijani provinces. Based on footage circulating in social media in the first days of protests, a young girl was murdered by Iran’s riot forces in the streets ofTabriz, whom we have been unable to identify to this date. In the following days, more Azerbaijani protesters were killed by Iranian police and IRGC in the continued protests. We could only identify some of the victims; including Hadis Najafi in Karaj, Mehrdad Qurbani & Mehdi MusaviNiku in Zanjan, Javad Heidari in Qazvin, ParsaRezadust in Hashtgerd-Karaj, and NimaShafiqpur in Salmas, Mohsen Musavi in Tehran, Asra Panahi Khangah&HaanaDuzduzani&AytekMikaili in Ardabil. In addition, the Islamic Republic of Iran arrested thousands in the ethnic Azerbaijani region of Iran. According to the head of the Human Rights Commission of the Iranian Azerbaijan Bar Association, in just the city of Tabriz alone, 1,700 people were arrested from September 16 to October 12/2022. The Iranian regime also cracked down on Azerbaijani Human rights defenders and lawyers and arrested SinaYusifi and MohammedrezaFagihi, well-known lawyers representing many political prisoners in the Azerbaijani region of Iran. They also arrested two other members of the Human Rights Commission of the Iranian Azerbaijan Bar Association, Amir Mehdipur, and QasemBoadiBonab.

Although protests erupted after the Morality Police’s actions in oppressing women and forcing the mandatory use of the hijab, the demands for justice from the protestors are not limited to the issue of women’s rights. Protesters in Azerbaijani cities are chanting slogans supporting women and ethnic rights and fighting against this brutal and repressive dictatorship.

The association for the Defence of Azerbaijani Political Prisoners in Iran (ADAPP) is a nonprofit organization based in Toronto, Canada. ADAPP is conducting ongoing monitoring of the human rights situation in the Azerbaijani region of Iran.

It is difficult to provide a current and exact number of detainees and their identities. However, based on ADAPP’s sources in the different cities of the Azerbaijani region ofIran and the video footage we have received, we estimate that 10,000 people were detained in Azerbaijani provinces since the start of the protests, with many of themreleased for bail after a short interrogation. However, many remain in jail, and some of them, like Mehdi Hamidi Shafiq, were tortured during the interrogation by IRGC. The following names are some of the detainees we have been able to locate and identify: 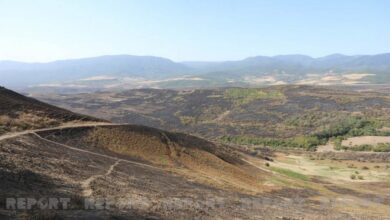