For those inclined to see history as depressingly cyclical, the war in Ukraine offers fairly strong evidence. It all feels lifted from a familiar script in which only the actors have been switched—at anti-Russian protests, a popular placard even has the 20th century’s most evil mustache Photoshopped onto Putin’s face. But there is one protagonist who is an unusual fit for his role: Volodymyr Zelensky.

The 44-year-old former comedian turned president has exhibited great patriotism and bravery, joining his fate with that of his countrymen on the streets of Kyiv, refusing to leave despite Western offers of an airlift. If he is now, as he put it, “the No. 1 target” for the Russians, it is because he is the No. 1 Ukrainian. And what is remarkable, truly mind-blowing in the long sweep of history, is that his Jewishness has not stood in the way of his being embraced as a symbol of the nation.

In the Soviet world that shaped Zelensky and his parents, Jews were perceived as the eternal outsiders, possible fifth columnists, the “rootless cosmopolitans” of Stalin’s imagination. This of course came on top of living in a place where a particularly virulent strain of anti-Semitism had always existed, a legacy of pogroms and Nazi collaboration. Just outside embattled Kyiv is Babi Yar, where 33,771 Jews were shot and thrown into a ravine over the course of two days in 1941. If Zelensky has now become synonymous with the blue-and-yellow flag of his country, it might signal an unexpected outcome of this conflict that has found Jews feeling finally, improbably, one with a land that has perpetually tried to spit them out.

Read our ongoing coverage of the Russian invasion in Ukraine

Zelensky grew up in the Russian-speaking city of Kryvyi Rih, in the eastern part of Ukraine. And like most Soviet Jews, his parents were highly educated but also limited as to where their ambitions and learning could take them. His father was a professor of mathematics and his mother had studied engineering. These were standard-issue careers for a certain class of Soviet Jews who knew they couldn’t come close to any of the fields that shaped society and culture—one after another turned to the applied sciences as a way to excel.

When asked about what his actual Jewishness has meant to him, Zelensky has been blasé. In an interview in 2020, he said he came from “an ordinary Soviet Jewish family,” adding that “most Jewish families in the Soviet Union were not religious.” What this hides, though, is the reality that Jewish identity didn’t exist in the Soviet Union, because it couldn’t. To be a Jew from the time of Stalin onward was to have a stamp in your internal passport that marked you as such (just as a Ukrainian or Latvian national identity was also indicated). There was very little opportunity for Jewish community, religious practice, or even bare-bones cultural expression. Unlike Ukrainians and Latvians who had national homelands within the Soviet empire where some degree of culture and language were permitted as long as it stuck to the Communist party line, Jews had nothing of the sort. Synagogues were mostly shut down or crawling with KGB informants. Until the late 1980s, gathering for something as innocuous as a Passover seder was practically a subversive act, and teaching Hebrew was simply not allowed.

By the time Zelensky came of age, three or four generations of Soviet Jews had experienced their Jewish identity as a hollow thing, nothing but a black mark on a passport and a sense of peoplehood born of exclusion and a second-class status. All the while, no matter how steeped in Pushkin they might be, they were never able to fully claim any other national allegiance. When the Soviet Union began buckling to pressure to let Jews emigrate in the 1970s, many took the opportunity to do so, even those mathematicians and engineers who had achieved the heights allowed to them. By the early 1990s, just after the Soviet collapse, the permitted trickle became a deluge, and about 1.5 million headed to the United States and Israel. 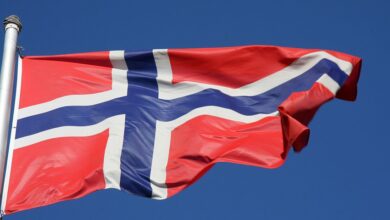 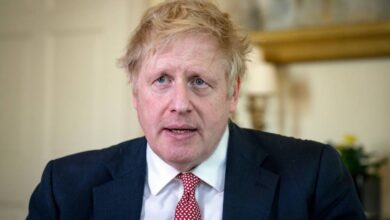 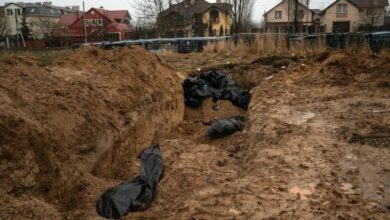