In this monograph, Brenda Shaffer emphasizes the need for a non-Persian-oriented view of American politicians’ approach to Iran. Click the link below to download the file.

Iran Is More Than Persia

In the late 1980s and early 1990s in Istanbul, which then had an Iranian expatriate population in the hundreds of thousands, one could meet Iranian Azerbaijanis, often referred to in Persian as Azeris, everywhere. As a case officer in the Central Intelligence Agency then serving in the American consulate, I spoke to hundreds seeking a reprieve from the Iran-Iraq War and the Islamic Republic’s stultifying theocracy. Many were trying to snag tourist visas to the United States or Western Europe and the promise of illegal immigration and a better life. Unlike their compatriots from the Iranian plateau, the Azeris felt comfortable in Turkey. It was not just the language.

As I could tell with Azeris and other Iranian minorities who came to see me, Iran was a puzzle of hybrid cultures. Persian culture and, for most, the Shiite faith defined much of who they were, even if they reluctantly acknowledged the suzerainty. Many had profoundly mixed feelings about the arrangement. Some – the Baluch, the Arabs of Khuzestan, the Turkmen, and the Kurds – did not waste time expressing their distaste for their Persian overlords.

It was clear to me then, a decade after the Iranian revolution, that Islam had not made Iran a happy, ethnically diverse family. Islam’s many empires – the Ottoman, Safavid, and Qajar realms all deeply affected the cultural oikumene in which Iran’s people today live – were polyglot, multicultural, and multiethnic. The only transcendent identity in the empires that gave coherence to political sovereignty, culture, and an individual’s sense of self was religion.

In theory, the Islamic Republic should have brought some fraternity to Iran’s peoples, especially to the minorities who had engaged in insurgencies against the heavy-handedness of the Pahlavi shahs (1925–1979). That has not happened. The Persianization and centralization of the Iranian state have continued under the clerics. In practice, Islamization has been the obverse side of Persianization. Persianizing Islamists are an unintended tribute to the Pahlavis’ success in creating a national identity from a recovered, reanimated past. To the ethnic minorities who are more agnostic, mystical, or anti-clerical (a large number among the Shia), the Islamic Republic’s Persianization may even seem more onerous and insulting than that of the Pahlavi shahs.

Brenda Shaffer’s monograph, Iran Is More Than Persia, attempts to fill a serious void in English-language scholarship about Iran’s ethnic diversity. That void is glaring inside the U.S. government, where reporting on the Islamic Republic’s ethnic minorities has never been a priority. Without diplomats and case officers on the ground, and with few analysts who speak the required languages (to assess the Ahvazi Arab question well, for example, one needs both Arabic and Persian), it is not surprising that attention usually goes elsewhere.

Some may find the topic of Dr. Shaffer’s work controversial. It ought to be clear, however, that an innovative, deeply researched discussion of Iran’s mosaic, no matter the conclusions, is exactly what a think tank should do. She is not arguing for fracturing Iran, and FDD institutionally opposes this. Within FDD, there is a wide and sharp difference of opinion on the minority question within the Islamic Republic and how outsiders should view it. For me, the physical integrity of the country is something for its denizens to decide. I would hope they can decide their fate democratically, and that self-determination, a hallowed principle of American foreign policy for over 100 years, applies as much to the peoples of the Middle East as it did to Europeans. Even for those who find that principle today unsettling, and there are FDD scholars who certainly do (in a Western parallel, sympathies would go with Spain over Catalonia, France over Corsica), a basic human right still remains: Kurds, Azeris, Ahvazi Arabs, Baluch, and Turkmen ought to be able to teach their children their mother tongues and use them publicly without fear.

No matter where one comes down on Iran’s internal divisions and borders, it behooves us to be curious about the country’s peoples. Curiosity should never be checked by nationalism, dogmas, or political correctness. In foreign policy, as in so much else, analytical anorexia is a sure path to surprises, mistakes, even calamity. 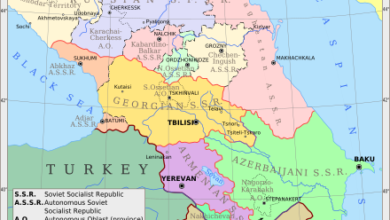 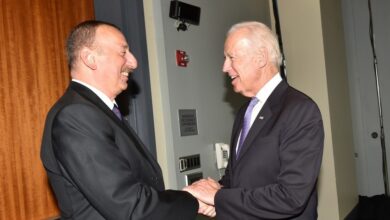