The Karabakh issue has been a bleeding wound of Azerbaijan for many years. When the Republic of Azerbaijan was newly liberated in the 1990s, Armenia invaded Azerbaijani lands at the instigation and ordinance of individual countries.

Former President Abulfaz Elchibey was an uneasy leader in Azerbaijan and even in the Turkic world, but he was unable to stop some Armenian forces with obstacles from Iran and Russia. Iran at that time knew the attitude of the Turks, especially in South Azerbaijan, towards North Azerbaijan, and did not want a strong Azerbaijan for this sensitivity. For a strong Azerbaijani Turks, the occupation of Karabakh, which has always been a source of inspiration, was also considered a loss of self-confidence. In this way, Tehran tried to crush the Iranian Turks.

In the same situation as yesterday and today, Iran is standing in front of Azerbaijan with all its might and helping Armenia. Tehran claimed to be neutral when the Karabakh war first broke out. However, later images of regular Russian trucks going to Armenia appeared.

Pan-Iranianism is already being expressed

Undoubtedly, all of Iran’s domestic and foreign policies are based on Persian Shiism as well as Persian Nationalism. Persian nationalism pursues a heavy and systematic racist policy against all non-Persians in Iran, especially the Turks. This policy seeks to suppress all silences in the country with the branding of Pan-Turkism. Whoever uses the system as an excuse to crush the nation’s ignorance of Pan-Turkism whenever it wants the most natural right from Azerbaijani national activists and sees it as a matter of national security?

If they want education in their mother tongue and the protection of Lake Urmu and the liberation of Karabakh, they are waging a widespread provocation under the guise of “Pan-Turkism is spreading in Iran.” But times have changed. The South Azerbaijani nation already knows and sees everything openly in the North. The nation is no longer silent against the government’s fascist policies. As the Azerbaijani nation wakes up, the Pan-Iranians and Fans of Persia are attacking more radically. The situation has reached the point where Ali Khamenei’s policies have been used to reduce the nation’s protests in Azerbaijan. For example, the Eastern Gazette officially accused the Friday Imams of Pan-Turkism. When it came to this stage, there were protests from within the regime. protested openly in their language ü It is considered to be one of the most important in advancing influential policies for the Republic of Azerbaijan.

It is true that from time to time, for example, we hear words of support from Karabakh from MPs or Friday Imams in Azerbaijani cities, but all this remains only in words. For example, none of those close to Azerbaijan even mentions the closure of the Iranian-Armenian border. If the broadcast shows that Iran still provides strong assistance to Armenia, we do not hear a single word about it from Azerbaijani MPs. Even now, the voice of protest against the Pan-Persians should be seen only as a power struggle between them. And the main thing is that the Azerbaijani nation is ahead of the Tehran government in both the South and the North and has no differences with Armenia.

Rocket attack by Iranian-backed militants on US troops in Syria

Iran Refuses to Give Inspectors Some Nuclear-Site Images

Zarif: 6-way mechanism important as one of methods in regional cooperation

Rocket attack by Iranian-backed militants on US troops in Syria

Iran Refuses to Give Inspectors Some Nuclear-Site Images

Zarif: 6-way mechanism important as one of methods in regional cooperation

Chavusoglu has arrived in Baku 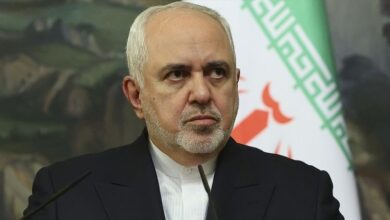 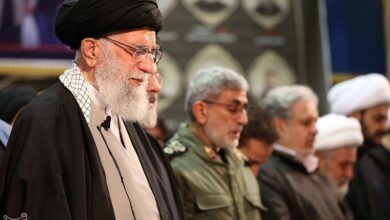 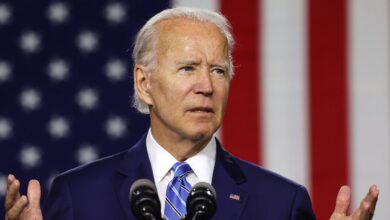 IMPACT OF BAYDEN’S COMING TO POWER ON IRAN 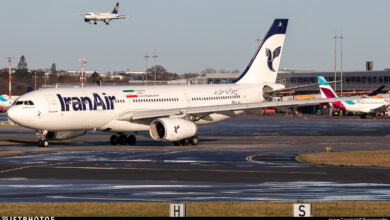