Despite the fact that Varziga has a number of social, economic, cultural, as well as advantages related to the mining industry, the region is considered one of the poorest regions of East Azerbaijan. The main reason for this is the misappropriation of revenues from the Sungun copper deposit by the Iranian regime, especially the ruling circles. According to experts, the rapid increase in poverty in the region is due to the fact that revenues from the mining industry are not spent on the welfare of the region. The best way to solve the problem is to build a Specialized Copper Industry Campus in Varzigan Province. In addition, it is very important in the development of strategic programs for the development of the private sector.

Allahverdi Dehgani, the representative of Varzigan Province in the Islamic Consultative Assembly, made a statement on the current situation in the province. According to him, 300,000 tons of copper concentrate is sold annually in Sungun. The amount of 1 percent of mining sales is about 180-200 billion tomans. According to the country’s 6th Development Law, the proceeds should be used for the development of the region. In addition, 1 percent of nausea around the fields must be returned to the province. This figure is about 200 billion tomans for the Sungun copper deposit. According to the report, Article 14 of the law states that 15 percent of the state fees for the fields should be calculated for the welfare of the county. If we take into account that the state fee for the Sungun copper deposit is 500 billion tomans, the share of the province is 75 billion tomans.

He also stressed the importance of preparing an official document on strengthening the mining industry in the provinces. Thus, the return of the misappropriated amount to the province in accordance with the requirements of the law is considered mandatory.
It should be noted that due to the problems related to the mining industry, most locals were forced to move to other provinces. The rapid spread of unemployment and economic hardship have led to a number of employment problems among young people.

SARA TURI CALLED TO THE REVOLUTIONARY COURT OF TABRIZ

The tragedy of empty places in universities

2 more Azerbaijani children were not provided with identification card

A person who committed violence against and underage has been detained

SARA TURI CALLED TO THE REVOLUTIONARY COURT OF TABRIZ

The tragedy of empty places in universities

2 more Azerbaijani children were not provided with identification card

A person who committed violence against and underage has been detained

Gaynarja waterfall has been included the list of natural monuments 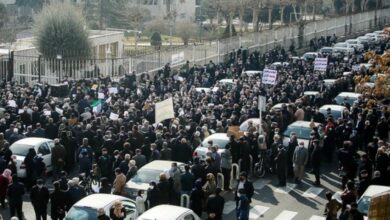 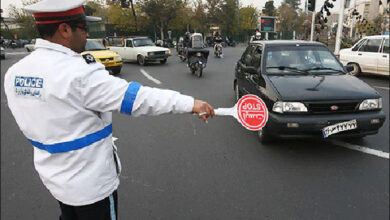 ATTITUDE TOWARDS POLICE OFFICERS IN IRAN 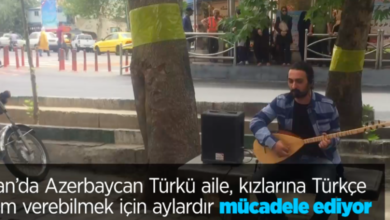 Sajjad joulani could not get an ID card for his son